Traditionally the Seattle 17th of May Committee hosts an annual parade in Ballard. This year we will be presenting a virtual program which will feature music and speeches from the following guests of honor: Marte Mjøs Persen is Lord Mayor of Bergen, Norway. She was re-elected mayor of Bergen for the period 2019–2023. Previously, she served as Bergen’s mayor for the period 2015–2019. She studied literature and sociology at the University of Bergen and has a bachelor’s degree in cultural and literary studies. Persen has worked as organizational secretary for the Human Ethical Association and has been county secretary in the organization No to the EU Hordaland. Since 2011, she has been a full-time politician as chair of the Committee for Health and Social Affairs. Mayor Persen is characterized as “bridge builder” and ambassador for Bergen. In 2018, she visited Seattle for the opening of the National Nordic Museum. 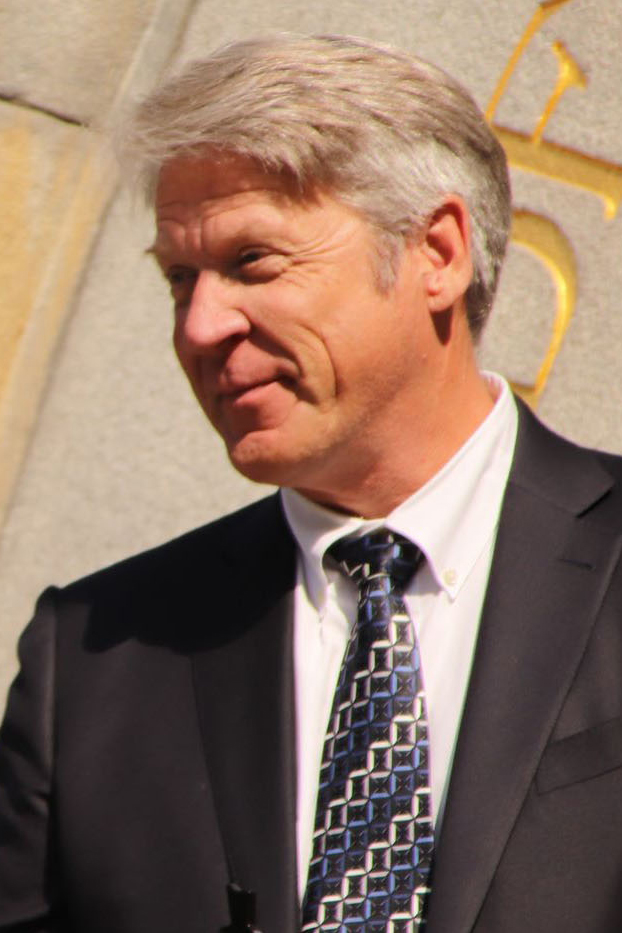 Eric Nelson, National Nordic Museum Executive Director and CEO, was named Swedish American of the Year by the Vasa Order of America in August in recognition of his work in establishing the Museum as the only museum in the United States – and indeed the world – that showcases the impact and influence of Nordic values and innovation in contemporary society. He was previously awarded Knight of the Order of the White Rose of Finland by the President of Finland Sauli Niinistö.

Nelson joined the Museum as Executive Director/CEO in January 2008 when organization was called the Nordic Heritage Museum.

Since that time, he has overseen the expansion of the Museum from a small and beloved local heritage site into a nationally and internationally recognized center for sharing Nordic culture, values and innovation. Nelson also oversaw the development and move of the Museum into its stunning new $52.5M facility in 2018. The Museum showcases the impact and influence of Nordic values and innovation in contemporary society, and tells the story of 12,000 years of Nordic history and culture, across all five Nordic countries – Denmark, Finland, Iceland, Norway and Sweden – and the Sámi and other indigenous people of the Arctic. In addition to its collection, exhibitions, and events, the National Nordic Museum serves as a convener on critical issues including innovation, economic development, environmental policy, cultural identity and societal issues.

Nelson’s family emigrated from Sweden towards the end of the 19th century. While they left Sweden to pursue new opportunities in the United States, their Swedish heritage and values remained an important part of their lives which has been passed on through the generations. Among his ancestors are Olof Nilsson and Maria Gustafsdotter, who left their home in Kulleberga, a village in Bosjökloster, Skåne, just south of Västra Ringsjön, and settled in Kansas where they changed the family name to Nelson. As Crown Prince, he entered the Norwegian Cavalry Officers’ Training School and went on to finish his military education at the Military Academy in 1959. Upon completion of his compulsory military service, the Crown Prince went to Oxford for further study. He attended Balliol College from 1960 to 1962, studying social science, history and economics.

In Oslo, on August 29, 1968, he married a commoner, Sonja Haraldsen, who assumed her share official duties as Crown Princess. The newlywed Crown Prince and Crown Princess were received with great jubilation by people throughout the country.

King Harald and Queen Sonja have traveled extensively in Norway and abroad, both together and separately. They have two children, Princess Märtha Louise, born on 22 September 22, 1971, and Crown Prince Haakon, born on July 22, 1973. Anniken Krutnes is Norway’s Ambassador to the United States. An expert in security policy, law of the sea and Arctic issues, Amb. Krutnes has served with the Norwegian Ministry of Foreign Affairs since beginning as a trainee in 1994. In her previous position with the Ministry, she served as Deputy Director General of the Department of Security Policy. Before that, she was Norway’s Ambassador for Arctic and Antarctic Affairs. Amb. Krutnes has had postings in several European countries, including ambassadorships of the Netherlands and Luxembourg. She was recently a member of the UN Group of Governmental Experts on Advancing responsible State behavior in cyberspace in the context of international security. She holds a Master of Law from the University of Oslo and a Master of Science in Economics and Administration from the Norwegian School of Economics, and has also studied international management at Universittá Luigi Bocconi in Milan, Italy. Amb. Krutnes is married and has three adult children. Jo Sletbak took up his post as Norway’s Consul General in San Francisco at the end of August 2017. He started his diplomatic career in the Royal Norwegian Ministry of Foreign Affairs in 1990 and has held several positions both at home and abroad. He has worked in various areas such as humanitarian and European affairs. He served as Deputy Director for Balkan Affairs in the Ministry for five years. He also served as the Director of the Section for Official Visits, in the Department of Protocol for six years, where he was responsible for all high levels visits to Norway and the Royal Family’s official visits abroad. Sletbak has been previously been posted to the Norwegian Embassies in Athens, Bonn, Berlin and Ottawa. Jo Sletbak holds a master’s degree in International Relations from University of San Diego, and a Bachelor’s degree in Psychology and Communications from University of California, San Diego. He is married and has two children. Terje Leiren’s research focuses on Norwegian studies and the cultural history of Scandinavian and Scandinavian America. He is interested in questions of national identity, ethnicity, and cultural expression and has published extensively on the history of the Norwegian-Swedish Union (1814-1905), the establishment of the modern Norwegian monarchy in 1905, Sigurd Ibsen, and Marcus Thrane, a Norwegian radical labor leader and playwright who immigrated to the United States in 1864. Professor Leiren is the co-author (with Jan Sjåvik) of an updated and revised second edition of the Historical Dictionary of Norway published by Rowman and Littlefield Publishers in 2019. He is also the author of two books on Marcus Thrane: Marcus Thrane: A Norwegian Radical in America (1987), and Selected Plays of Marcus Thrane (2007).

The 2023 17th of May commemorative pin will soon go on sale! Visit us again soon for updates!

Find Us on Social Media